Odonata Pool getting a little Otter? 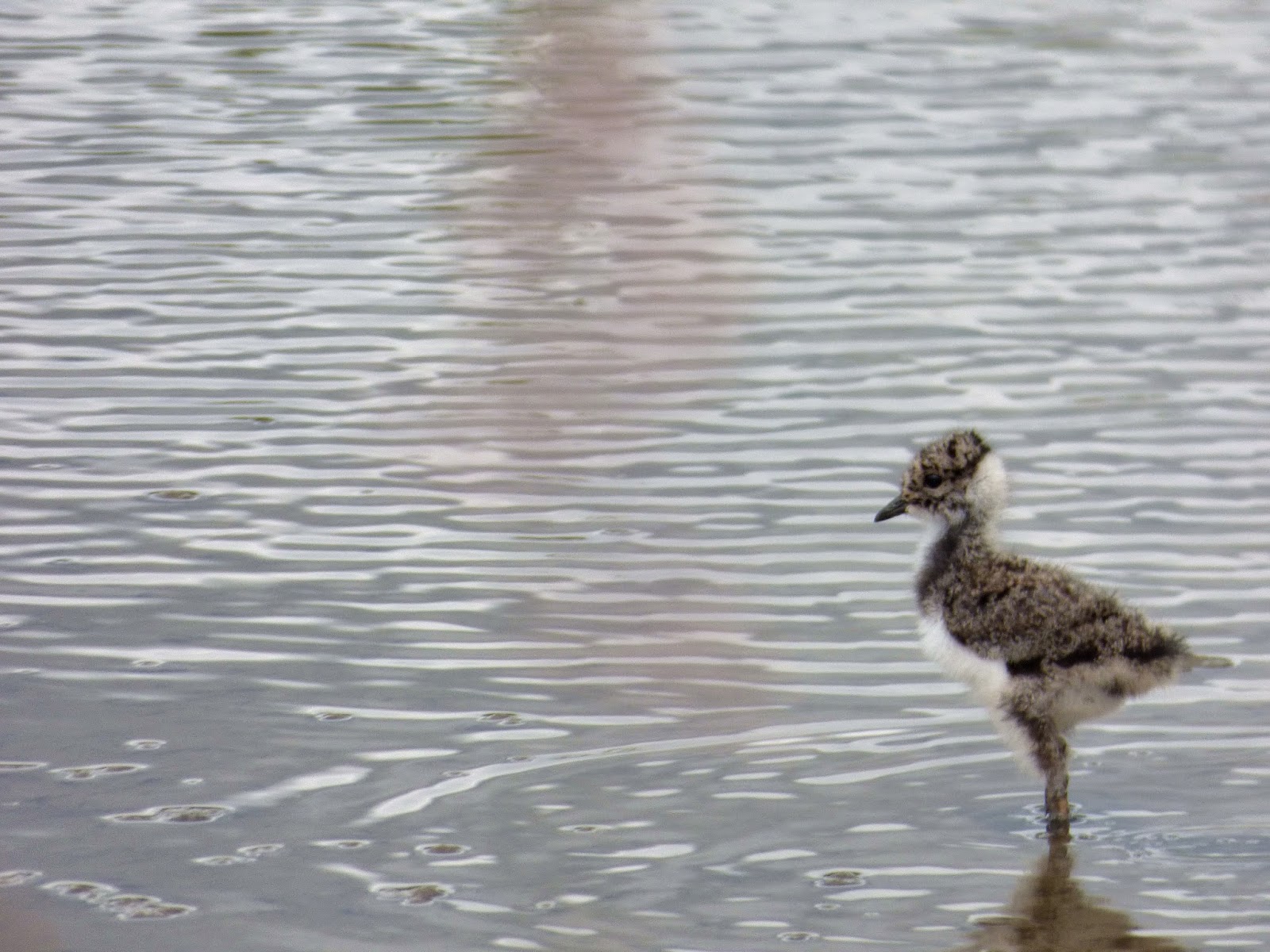 Dan here.
Soon after spring ends, autumn begins at Aldcliffe with the first returning Green Sandpipers. Two were at the Wildfowlers Pools this afternoon. A Snipe there was also telling.
A minimum of seven Little Ringed Plovers were present, with at least three of these being fledged juveniles. Two LRPs seen cutting north over Freeman's Wood may have been additional.
Much younger than the juv LPs were two downy Lapwing chicks-- looking to be around a week old.
Songbird young out and about included Whitethroat, Willow Warbler, Chiffchaff, Great Tit, Goldfinch (pictured) and Robin.
Adults in song included a Lesser Whitethroat in Freeman's Wood, a Skylark over the marsh and a Linnet in the hedgerow.
Although the air temperatures were not particularly high, sunny spells encouraged me to check out Darter Pool for odonata and I found c250 Blue-tailed Damselflies, 8 Common Blue Damselflies and three Emerald Damselflies (pictured below). Dragons here comprised an early-ish teneral Common Darter, a Four-spotted Chaser and 3-4 Male Emperors.
As its name suggests, this trackside pool at SD 45770 61053 is great for dragons and damsels-- and if it were to be filled in to increase maize yield, or allowed to silt and dry up on account of the flourishing willows, it would be a great loss to the area.
What looked suspiciously like Otter spraints were also seen at Darter Pool's margins. I can't imagine there's much in the way of fish here, perhaps a roving Lutra lutra has been here for molluscs, Moorhens or amphibians-- several young Common Toads were seen today.
Butterflies weren't too spectacular, with just a Large Skipper, a Red Admiral and few each of Meadow Brown, Speckled Wood and Small Tortoiseshell noted.
DH. 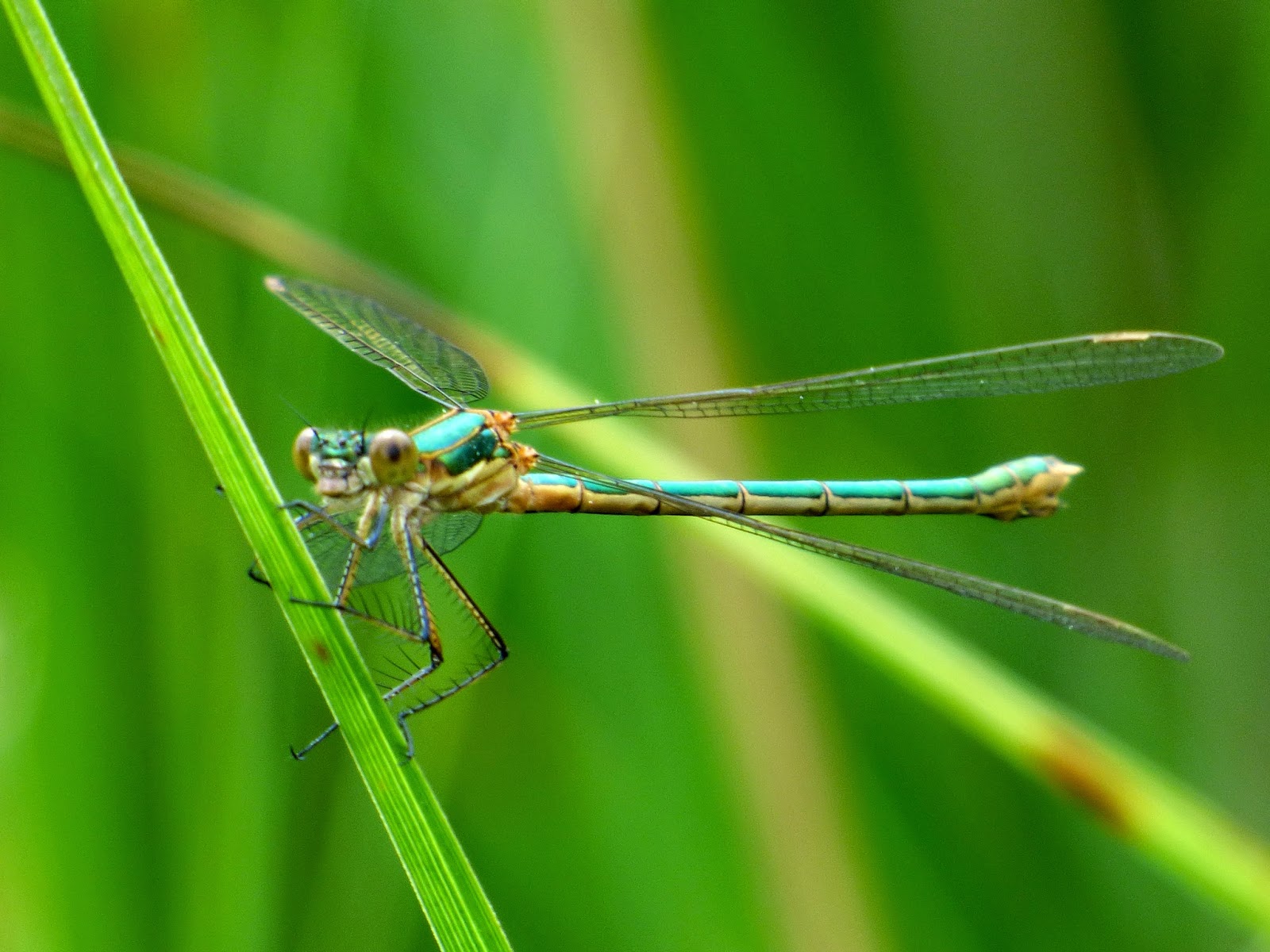 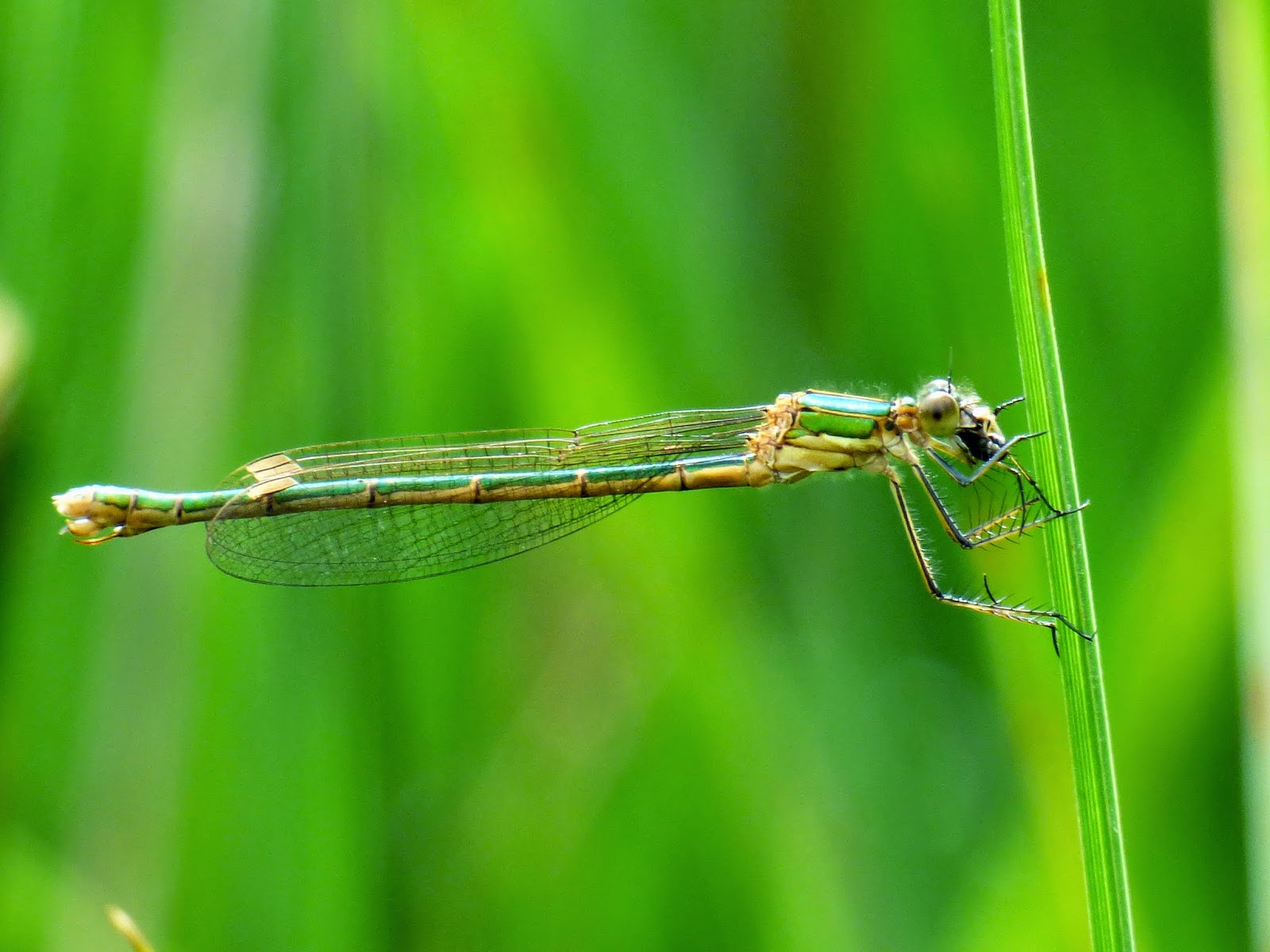 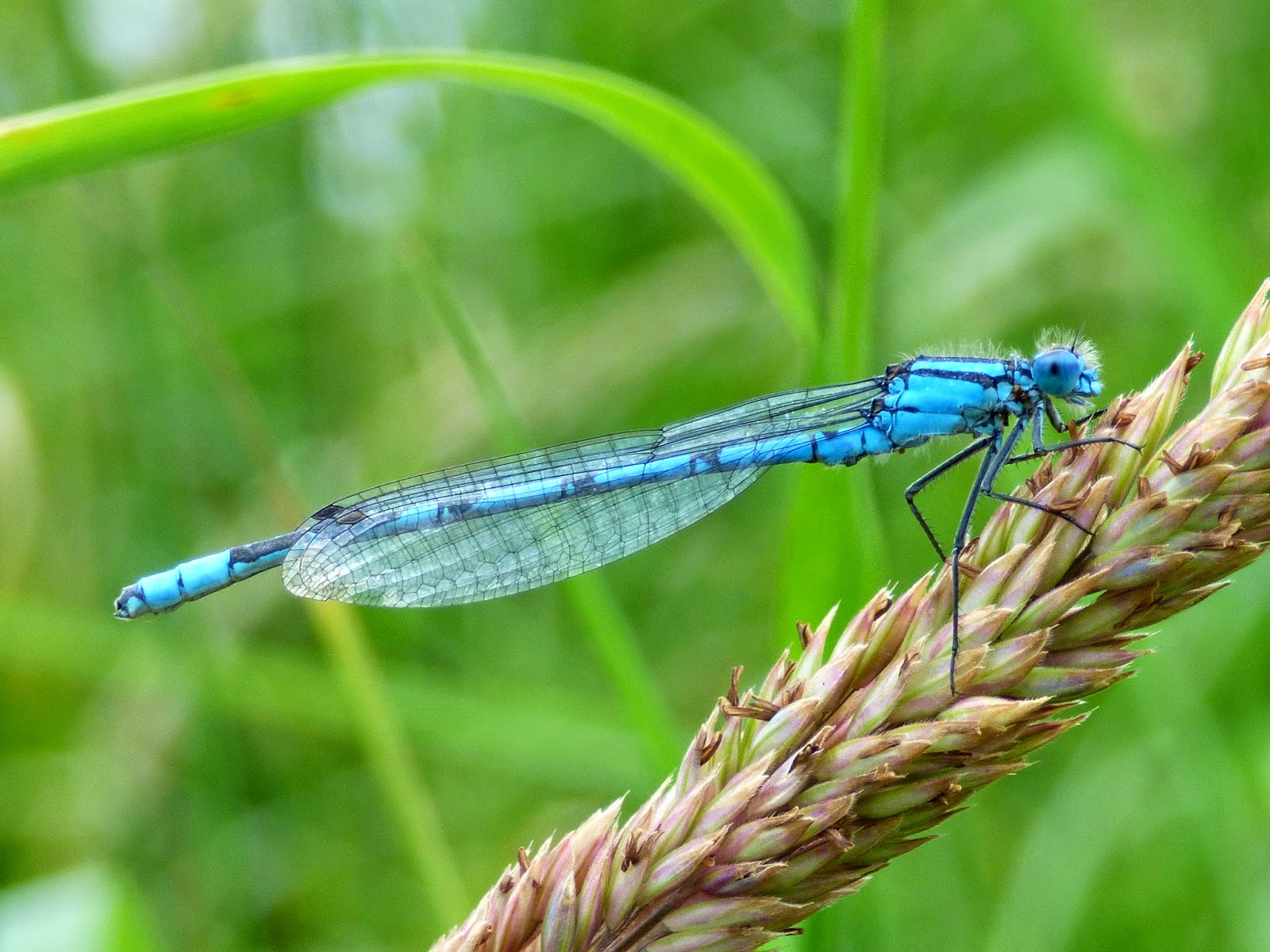 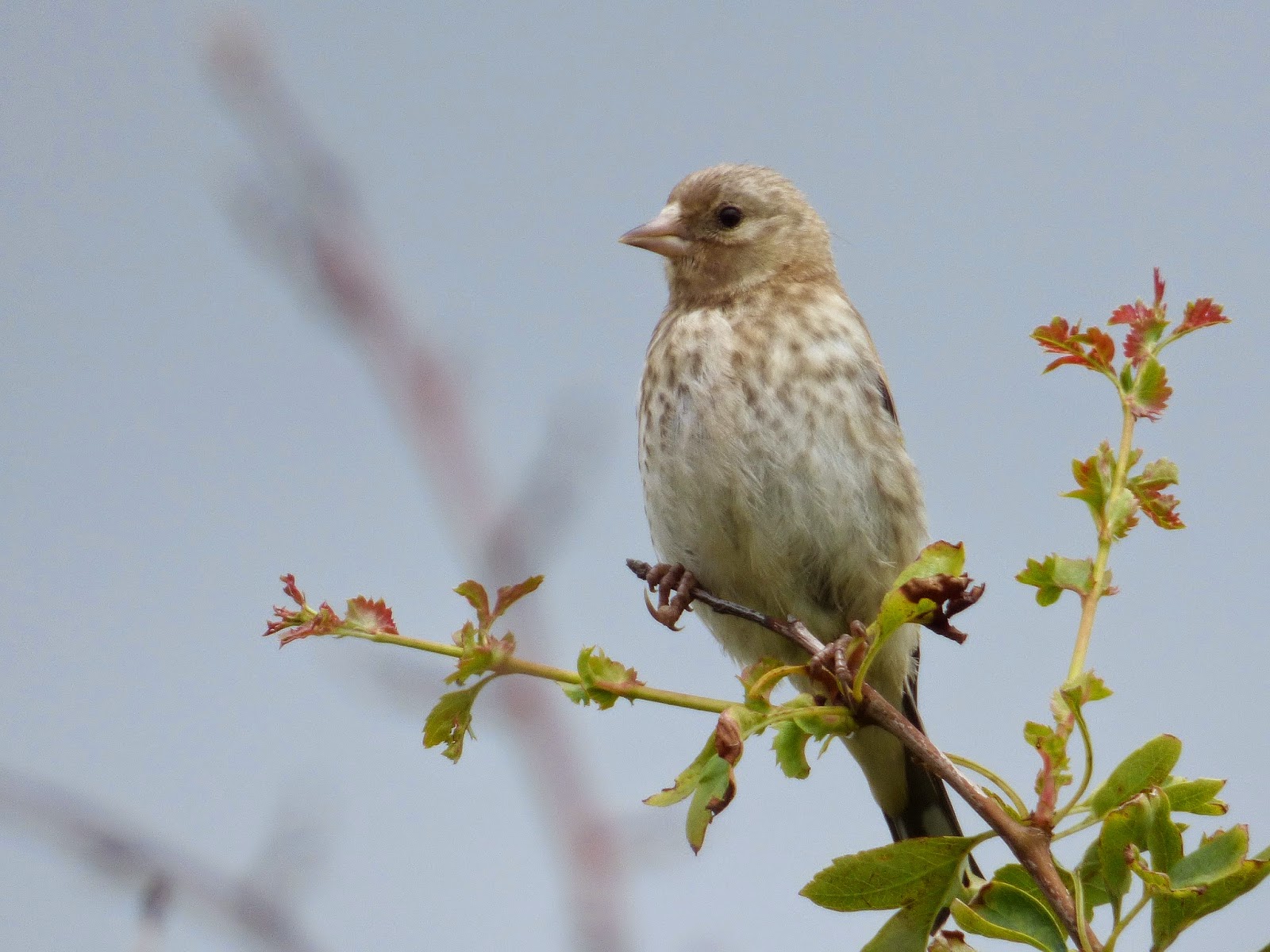 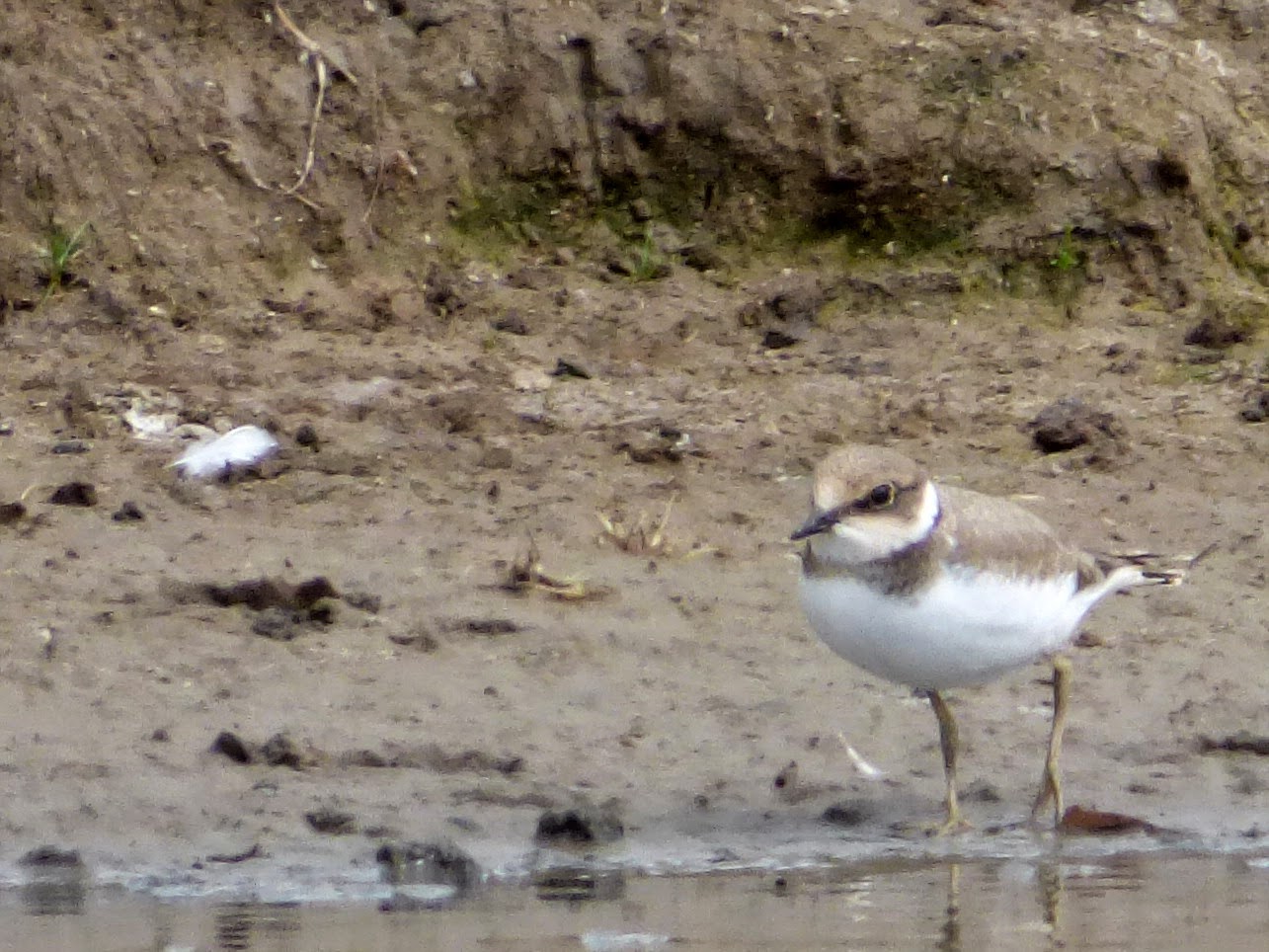 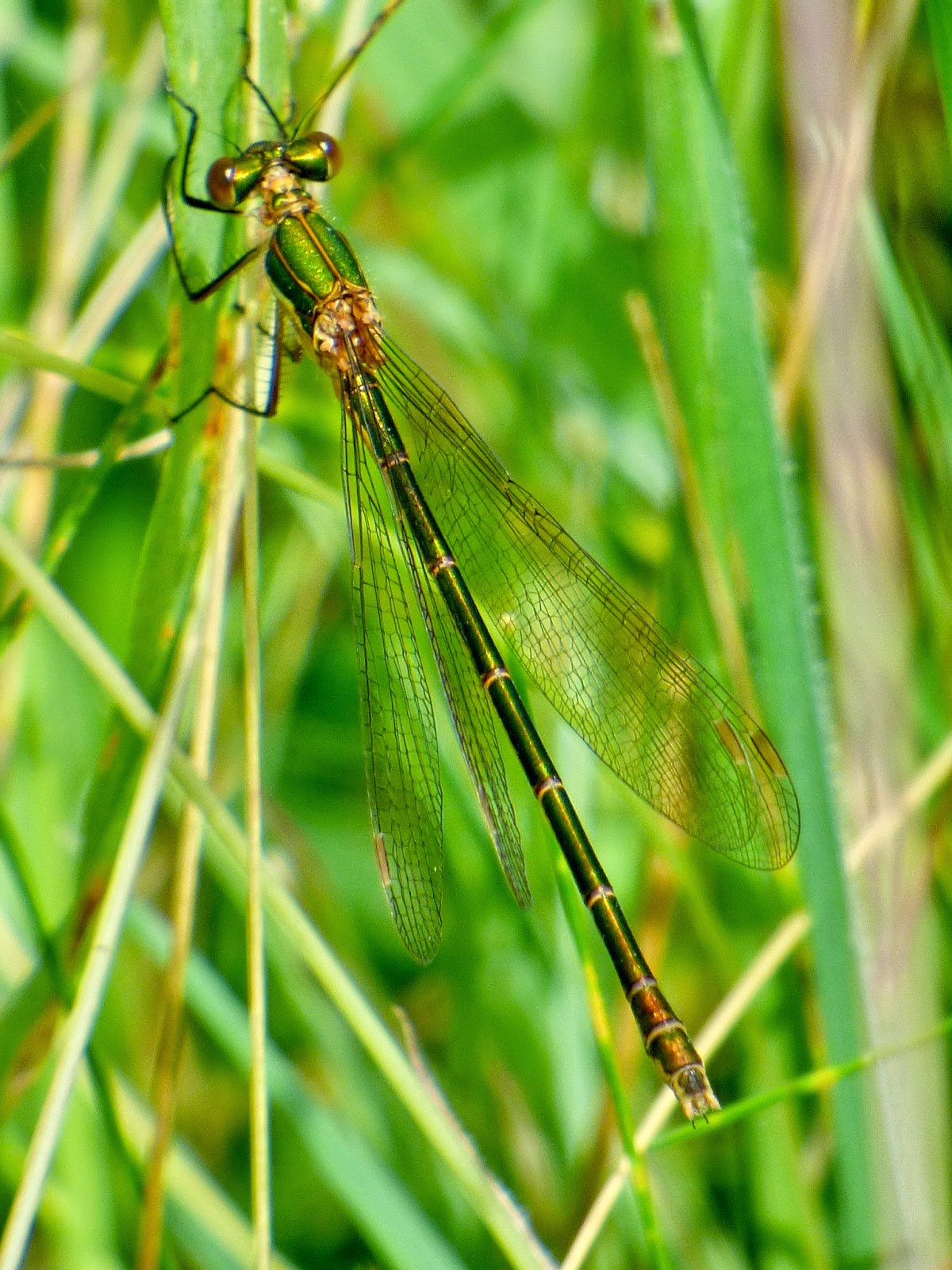 After what seems a lifetime, I managed to get out for a trot around the Aldcliffe patch yesterday (Tues) morning. The theme of the day was definitely youngsters, and first of all I made a quick check at one of the little ringed plover nest sites and was delighted to see that the 3 chicks were still present and growing nicely.
Other random LRPs included a pair at the Wildfowlers' Pools and singles at The Flood and Freeman's Pools.
The mute swan pair on Freeman's Pools have fairly new cygnets and the early coot brood has dwindled to just two birds, but these are well grown now.
In an around the maize fields signs don't appear to be very encouraging as far as post-ploughing/seeding lapwing nests are concerned with no sign of any young there. On a more encouraging note, a batch of day-old-ish grey partridge chicks were seen here with both parents.
There's still lots of singing going on along the pathway with lesser and common whitethroat, blackcap, chiffchaff and willow warbler all still belting it out alongside the resident breeding songbirds.

In insect news, my first Emperor dragonflies of the year were a pair at Freeman's Pools while the seemingly ongoing colonisation of four-spotted chaser continues apace with an active pair at Darter Pool.