Saw Reed Bunting and plenty of Swift and House Martins flying about Freeman’s, along with 2 Little Ringed Plover, Little Grebe, Tufted Duck, Gadwall and Shelduck. On the track were 2 Grey Partridge and numerous Whitethroats along with a handful of House Sparrows. Greenfinch, Chaffinch and Goldfinch all present. A Greenshank on the Wildfowlers’ Pool was a pleasant surprise, along with a Teal, Coot and Moorhen.. Up to a dozen Lapwing still attempting to nest on the maize fields, the crop is growing inches daily! On the river saw 1 male Eider.
Steve
at 19:20 No comments:

No, the title doesn't refer to that sandpiper from Stocks, but a flycatcher, which was doing just that near Freeman's Pools.

It's my first Spring record of this species at Aldcliffe for five years. 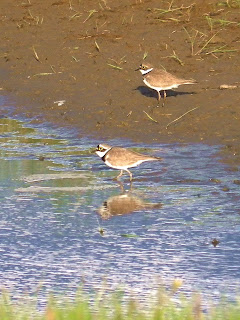 A greenshank was also of note, and up to 5 adult  little ringed plovers have been dotted around the parish this week, two of which are pictured. 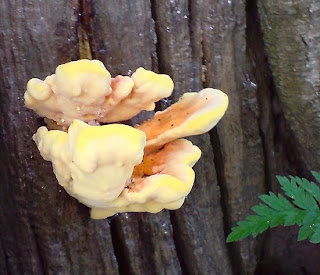 
Even with an early start Aldcliffe was awash with people, including those sun seekers who go to any lengths, such as invading Freeman’s Pools ignoring all the signs. It happens every year but still annoys the hell out of me. Despite this “home invasion” there were 14 Greylag, Lapwing, Oystercatcher and a Little Ringed Plover on the island. In the hedges were Whitethroat and a Reed Bunting while Swifts, Swallows and House Martins were feeding over the water. 4 Little Grebe are nesting along with Coot and Moorhen.

On the cycle track were Chiffchaff, Willow Warbler, Blackcap, Whitethroat and Lesser Whitethroat along with 2 Sedge Warblers. Joining the song were Dunnock, Greenfinch, Chaffinch, Goldfinch, Song Thrush as well as some snail smashing by the latter. Not seen any Bullfinch on recent visits.

Wildfowlers’ Pool was quiet with a pair of Shelduck, Moorhen, Coot and one or two Lapwing.

On the river saw 4 Eider, 1 Great Crested Grebe and a Common Tern. 18 Mute Swan were up river and still plenty of Shelduck to be seen.


It's nice to think that despite some local indicators of  high Summer (a small build-up of non-breeding black-headed gulls, an increase in Freeman's Wood motorcycling) that for some birds, Spring has hardly begun.

In a couple of hours I was pleased to find a variety of passage migrants.

My highlight was a flock of 16 waders, still en route to breed in the the far North. I picked them up in silhouette as they circled high over the estuary, and I fancied them to be ringed plovers, a rather scarce bird for Aldcliffe.

After a while they dropped and settled on the mud, and I found I was half right. A passage party of eight ringed plovers and eight dunlins. I can't recall seeing any late Spring passage here for either species.

A far commoner sight in May is whimbrel, and three were seen flying upstream, tittering as they went.

Songbirds are still in transit too, with a female whinchat and a sedge warbler near Frog Pond, a large wheatear (most likely heading for Greenland) and 3 northbound sand martins.

Could it be too late for blackcaps to still be arriving on the patch? Three males were singing furiously in 'new' spots today. Last week's garden warbler seems to have moved on.

In terms of long-staying potential breeders, the little-ringed plovers and gadwalls are still hanging in. 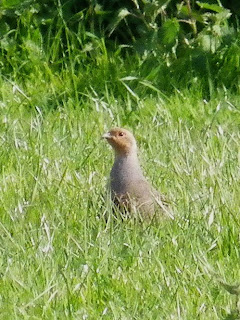 Today the Lapwings looked rather lonely on the freshly cultivated maize fields. I did see some young yesterday but only had my bins with me today. Eiders are still present in varying numbers; yesterday saw 1 male and 3 today. The Ravens were noisily hanging around the pylons near the sewage works, and 2 Peregrine appear to have taken up residence on the pylons over the water. A Roe Deer was seen in the pylon field.
Plenty of Whitethroat and Lesser Whitethroat throughout the patch, singing alongside Chiffchaffs and only 1 Willow Warbler heard. Today saw 3 Black-tailed Godwits near cadaver corner. The Wildfowlers’, Flood and Freeman’s Pools were very quiet apart from 8/9 Swifts and Swallows. Yesterday there was a group of 35 Jackdaw hanging around the place and 18 Mute Swans came up river with the tide. The sheep are grazing on the marsh. Plenty of butterflies about Orange Tips, Small Tortoise Shell, Small White, Speckled Wood and Peacock.
Steve
at 16:30 No comments:

All seemed a little too quiet down the patch last two days. Up to 9 Eider seen near the pylons. The maize fields have been cultivated, it all looked very devastating for the Lapwing, then I saw 5 part grown chicks, so fingers crossed, there may be more knocking about. Also, 2 Little Grebe chicks on Freeman's Pool. Plenty of Whitethroat and Lesser Whitethroat along the track. Blackcaps, Willow Warbler and Chiffchaff also present. The usual Goldfinch, Chaffinch were seen though  the Greenfinch numbers have dwindled.
Steve
at 13:29 1 comment:

Some sylvan soloing from Sylvia Borin

Highlights today included a rather late greenshank being harassed by gulls as it attempted to feed at Marsh Point, from where a more seasonal common sandpiper was heard.

Pick of the passerine migrants was a garden warbler in full song, and a party of four wheatears gnat-catching from the top of a hedge.

I couldn't determine the race of the chats, as they were a way off, and I'd forgotten my ruler!

Common whitethroats were particularly noticeable near the sewage works, with six males in close proximity.

A drake eider was just up from the pylons, and six whimbrel were feeding just downstream. A little-ringed plover flew NE over Freeman's Wood.

Three male and two female orange tip butterflies were at large when the sun peeked through, and just one speckled wood noted.